Ozone is one of the most versatile forms of healing oxygen on the planet!

Oxygen, known as O2, is 2 molecules of Oxygen. It is so vital to humans that we would die within minutes without it. Oxygen gives us life and supports nearly all the body’s activities including brain function, energy production, and elimination. Every single cell demands oxygen for proper function, meaning that we cannot live a healthy existence without OXYGEN!

Ozone, or O3, is a ‘high powered’ oxygen. It contains 3 molecules of oxygen instead of 2. You might have heard that ozone can be a dangerous substance in the atmosphere. But, the reality is that it protects us.

Ozone was discovered in 1940 and by 1900, it was used to kill germs on instruments and wounts, sterilize water and in dental surgery. By the 1950’s devices were invented in Germany which allowed for precise amounts of ozone + oxygen mixtures.

What I love about this therapy is that it’s versatile and can be used for so many diseases, both acute and chronic. The list of illnesses is enormous! Here are just a few conditions that may benefit from Ozone treatments:

Ozone not only has the potential to fight infection, it can also help the body to produce its own antioxidant system. It can also re-oxygenate the tissues, bloodstream and organs, making it a great addition for those with cardiovascular disease, circulation problems, mental illness, cancer and inflammatory disorders.

Additionally, it relaxes the nervous system by essentially resetting the nerves.

*These statements have not been evaluated by the FDA 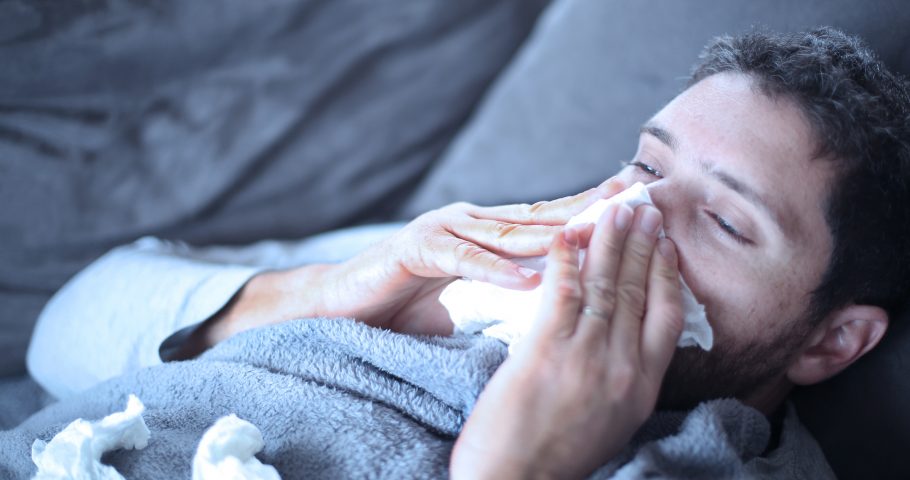 Winter is here, the beautiful bluffs glittered with snow and fireplaces glowing an amber hue. Oh the beauties of the Iowa seasons! What might not be so beautiful, are those illnesses that can accompany the cold and winter months. In the winter, we are typically indoors more often, running to holiday parties and family gatherings with other people that are ill, and the cycle of never ending coughs and colds pursue. Most winter illnesses can be managed with TLC and sleep, but ailments like the flu, shingles and other viruses, can really knock someone down hard. Taking preventative measures now, can help keep you striving throughout the seasons.

The definition of Influenza aka “Flu”:

Web MD’s definition of influenza is “a viral infection. People often use the term “flu” to describe any kind of mild illness, such as a cold or a stomach virus, that has symptoms like the flu. But the real flu is different. Flu symptoms are usually worse than a cold and last longer. The flu usually does not cause vomiting or diarrhea in adults. The flu causes a fever, body aches, a headache, a dry cough, and a sore or dry throat. You will probably feel tired and less hungry than usual. The symptoms usually are the worst for the first 3 or 4 days. But it can take 1 to 2 weeks to get completely better”.

Since the immune system is most likely suppressed, prior to ever having flu or shingles, sometimes other opportunistic infections such as ear infections or pneumonia can come about adding insult to injury.

The easiest way to avoid illness is to improve and maintain your immune system! Typically when our immune system is not functioning (which can be due to stress, disease, everyday toxin overload, decreased exercise, increased sweets/decreased nutritious foods) we are highly susceptible to illnesses, as our body is working hard to process all of the other stressors in the body.

How to keep healthy

Being proactive and helping your immune system stay at the top of its game, will get you through this winter and all other seasons, in a breeze!

Happy Holidays to you all! As I flip on the radio each December, I hear a few songs that claim this <Winter> is “the most wonderful time of the year”. I agree that celebrating is extra special when the nights are long, days are short, and colder temps fill the air. These holiday traditions indeed make the transition from Winter to Spring easier. During the holidays, it can be easy to overindulge in food and libations. Alcohol and processed foods/sugar can be inflammatory to the body so it’s best to truly enjoy these in moderation. But, if you are indulging in a glass (or two) of your favorite spirits, I have given a few pointers to get you through the holidays (or any special occasion) feeling your best.

First let me tell you the scientific equation for that hangover you might experience. Hangovers = Dehydration + VItamin/Mineral/Nutrient Loss. The liver is an amazing organ in our body. It  tries to filter out the toxins from our blood as efficiently as possible, but when our liver is overworked and taxed from alcohol, it can have a harder time filtering and breaking down toxins in the body. This is typically where people start feeling the negative effects of alcohol.

Here are pointers to help get you through before, during, and after a night of consuming alcohol:

I hope everyone has an amazing Holiday Season! The Winter Solstice was celebrated and now the nights are turning shorter and the sun is hanging around longer. This could really be the most wonderful time of the year! Cheers to a happy and healthy 2019! 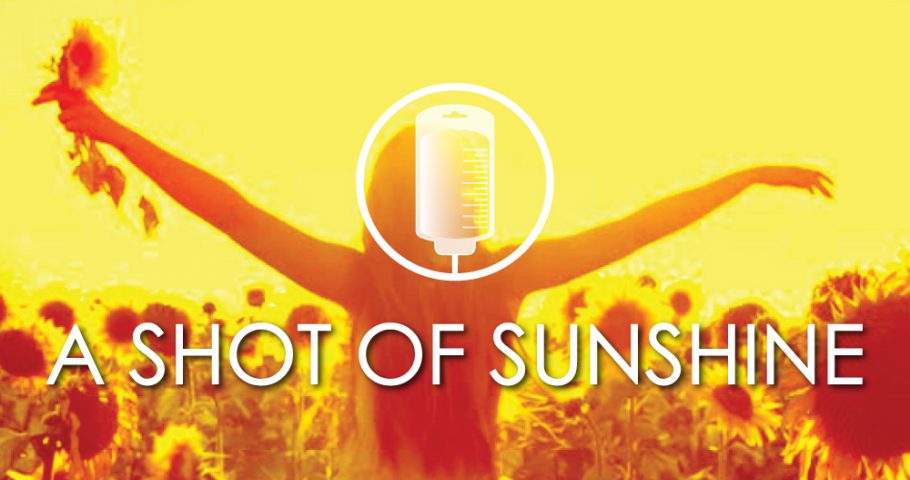 Winters can be brutal no matter where we live. In Iowa, we get the opportunity to witness unseasonably warm temps one day, and then  -30 degrees the next. These varying temps can change our clothing layers and our mood. Up to 20% of Americans are diagnosed with “Seasonal Affective Disorder” or SAD for short.

What is seasonal affective disorder?

Seasonal affective disorder (SAD) is a seasonal change in mood, which is often seen as increased depression. SAD is 4x more common in women and usually doesn’t appear until after 20 years of age. The seasonal changes where nights get longer and days get shorter, can trigger this. Having less light exposure can change the circadian rhythm (sleep-wake cycles) in the body, which can also trigger SAD.  Some common signs can look like:

Are you SAD or is it something else?

Symptoms of SAD can closely correlate with other common health issues such as recurrent depression & subclinical hypothyroidism (low thyroid function). 1 in 8 women have low thyroid function and typically are not diagnosed or get misdiagnosed with depression. This can lead to the start of long term medications such as antidepressants, without considering thyroid function. Most thyroid symptoms typically occur year round, unlike SAD, which can help determine the cause. Hair loss, fatigue, low mood, weight gain, anxiety, fertility problems, high cholesterol, bowel changes, and the other symptoms listed above, can be common with thyroid issues. If symptoms don’t go away after the winter months, then you should be looked at further for other underlying health conditions. If you are really struggling with these symptoms, I recommend getting checked out and not waiting until Spring to see if you’re body and mind will turn the corner. Always better to be safe when it comes to your health!

Hopefully this Winter you can enjoy the sunshine and stay cozy! I’m going to go get my light therapy by jumping on my powder skis! See you all next month! 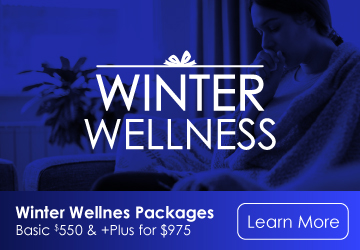 Looking for a last minute gift idea for that healt

Wishing everyone a healthy and happy holiday seaso

🎄 'Tis the season to give your body the 🎁 Gi

Ready to make #health a priority this #NewYear? W

Happy December! The #HydrationStation will be ch

Our 'Bucket of #B12' injections today for the #FRE

Our #HydrationStation is on the move this November