Ozone is one of the most versatile forms of healing oxygen on the planet!

Oxygen, known as O2, is 2 molecules of Oxygen. It is so vital to humans that we would die within minutes without it. Oxygen gives us life and supports nearly all the body’s activities including brain function, energy production, and elimination. Every single cell demands oxygen for proper function, meaning that we cannot live a healthy existence without OXYGEN!

Ozone, or O3, is a ‘high powered’ oxygen. It contains 3 molecules of oxygen instead of 2. You might have heard that ozone can be a dangerous substance in the atmosphere. But, the reality is that it protects us.

Ozone was discovered in 1940 and by 1900, it was used to kill germs on instruments and wounts, sterilize water and in dental surgery. By the 1950’s devices were invented in Germany which allowed for precise amounts of ozone + oxygen mixtures.

What I love about this therapy is that it’s versatile and can be used for so many diseases, both acute and chronic. The list of illnesses is enormous! Here are just a few conditions that may benefit from Ozone treatments:

Ozone not only has the potential to fight infection, it can also help the body to produce its own antioxidant system. It can also re-oxygenate the tissues, bloodstream and organs, making it a great addition for those with cardiovascular disease, circulation problems, mental illness, cancer and inflammatory disorders.

Additionally, it relaxes the nervous system by essentially resetting the nerves.

*These statements have not been evaluated by the FDA

All posts by Stephanie Grutz 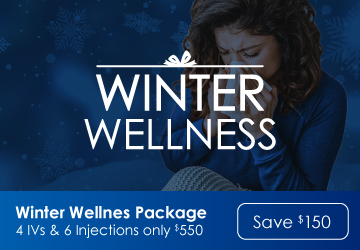 Lots of other great specials available next weeken

Now on sale! Save $150 on our #WinterWellness pack

NEW! Introducing #OzoneTherapy! Ozone is one of

A big shout out to our very own @thehealthypractit

We're getting closer to the kiddos going Back-2-Sc

The kiddos are going back to school soon so take t